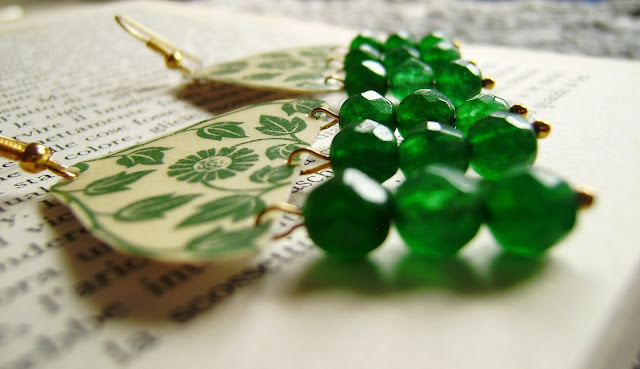 When I think about the adjective “byzantine”, green is one of the first colour coming up in my mind, together with porphyry, gold, white, deep yellow and lapis blue. Particularly, I associate it with mosaics, architectonical elements and pavements production. 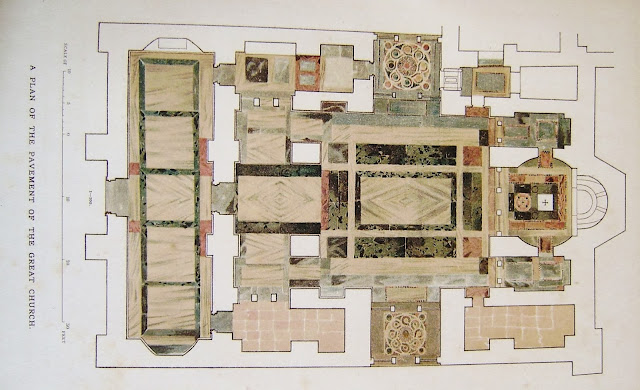 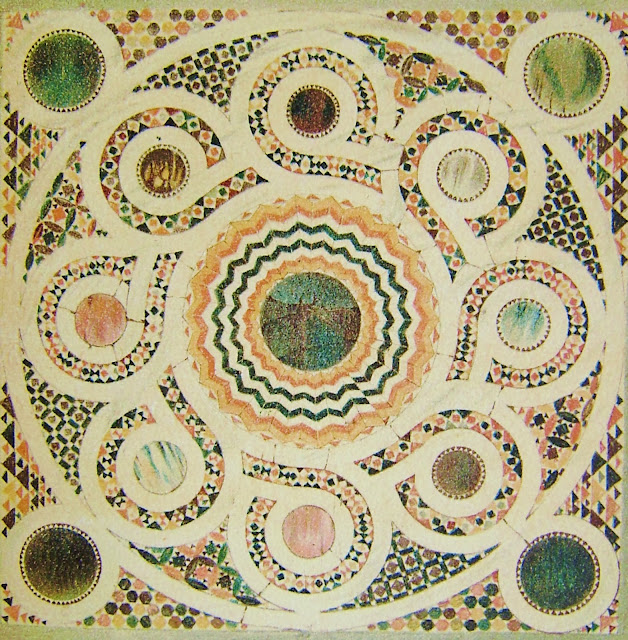 The reason of the large use of this colour in byzantine art can be found following two different aesthetical levels. The first concerns the symbolic meaning of green, often connected with heaven and the New Jerusalem; the second one, regarding both architecture and opus sectile pavements, comes from the highest value attributed to green marbles as the so known thessalian and the marvellous serpentine, the precious green porphyry already used in roman antiquity and then widely employed from costantinian architecture during the whole byzantine millennium. 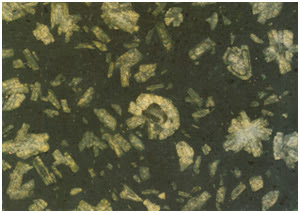 So, just to give few extraordinary examples in the use of green during the byzantine age:

-the beautiful mosaics from the rotunda of Hagios Georgios in Thessaloniki, Greece (alternatively attributed from 4th to 6th century), and the ones from the churches of Acheiropoietos (between 5th and 6th century) and Hagios Demetrios (5th to 7th century) in the same city.

-the thessalian green columns from the nave of the 5th century church of St. John of Stoudion, in Istanbul, Turkey, and its later pavement. 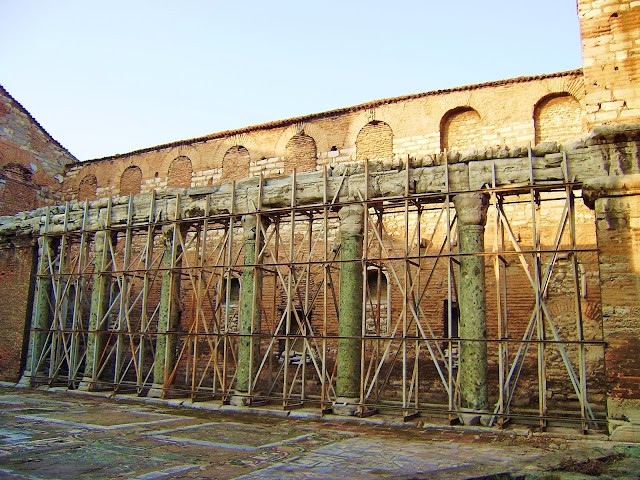 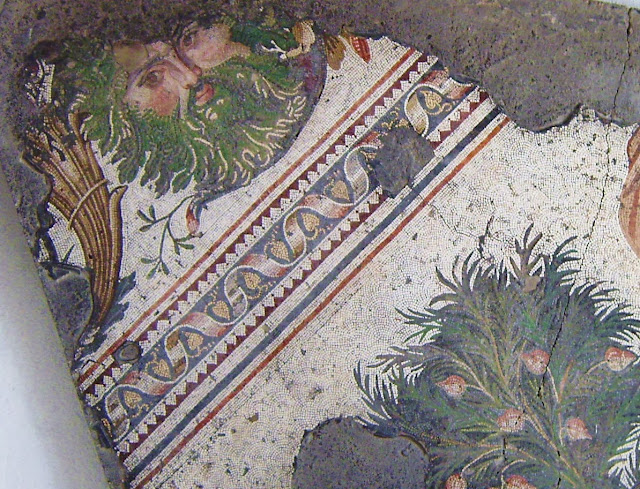 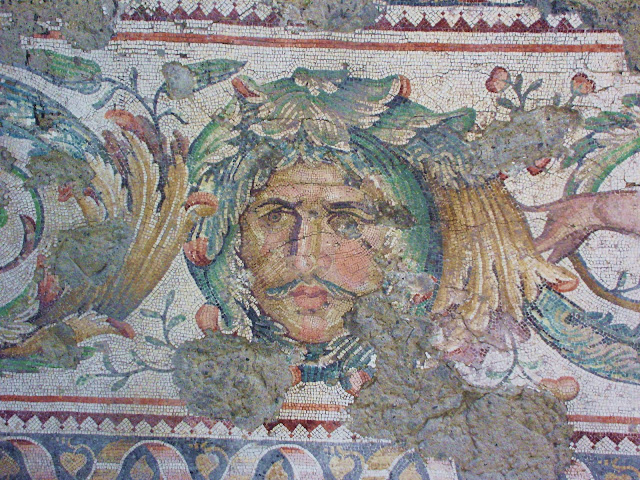 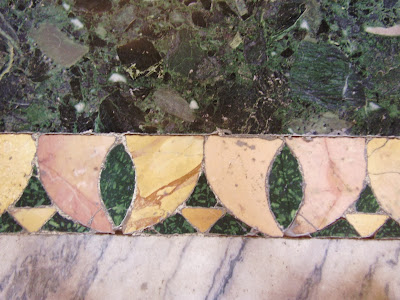 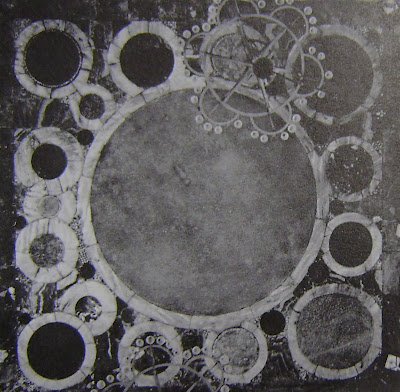 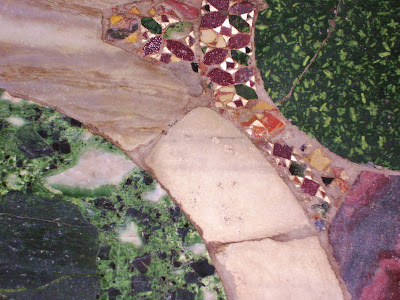 Turkey, Istanbul, Hagia Sofia,  thessalian and serpentine in the west tribune
and in the great omphalos of the nave
Photos © Mathews 1976 and Francesca Zabarella


-they’re not properly “byzantine”, but- two examples from the adriatic city of Ravenna, Italy: the 6th century apsidal mosaics from Sant’Apollinare in Classe and San Vitale. 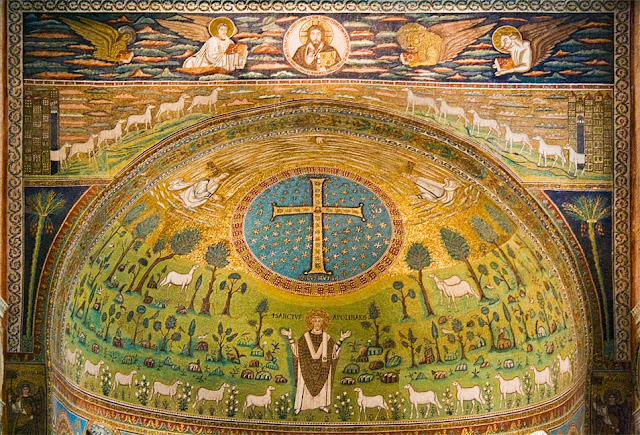 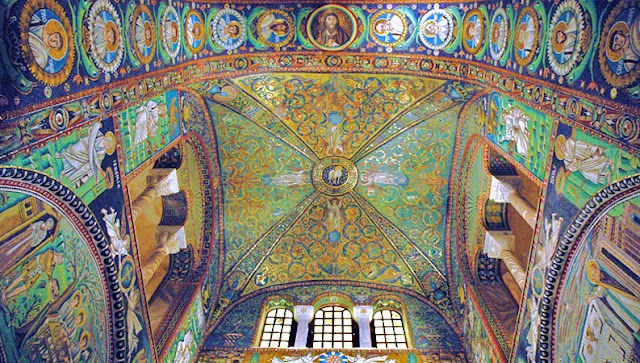 -two marvellous pavements and the mosaics from the 10th-11th century complex of Hosios Loukas, near Delphi, Greece. 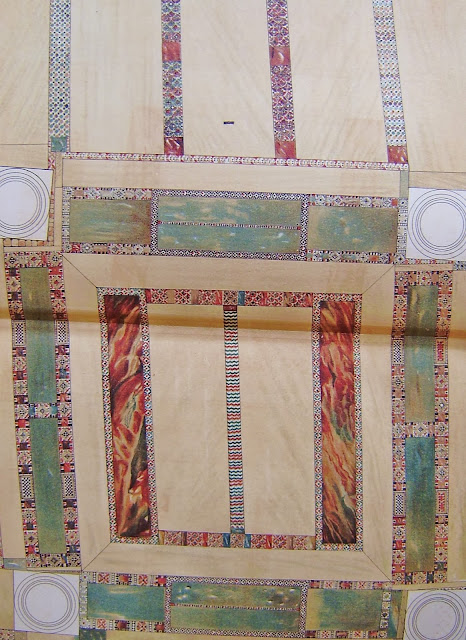 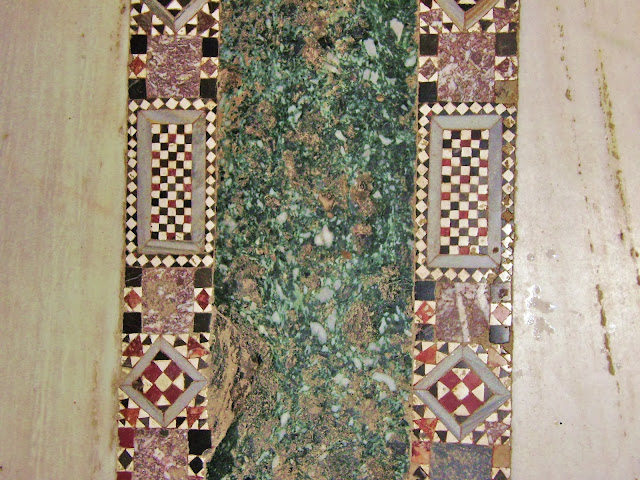 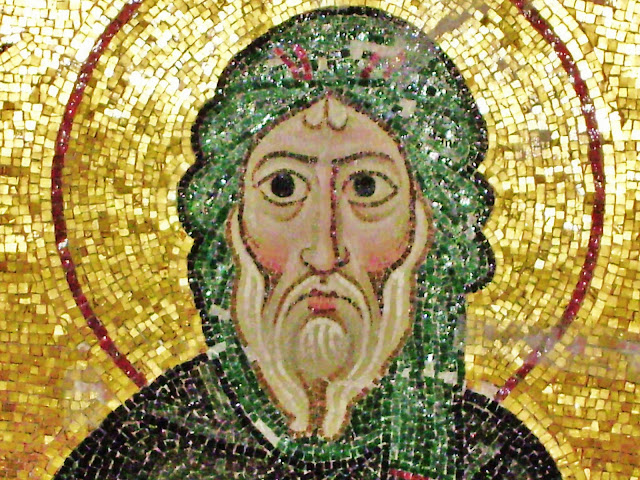 Greece, Hosios Loukas complex, pavement of the church of the Panagia (plan and detail)
and a mosaic from the Katholikon
Images ©  Shultz and Barnsley 1901 and Francesca Zabarella

-the 14th century precious marble revetments from the church of St Saviour of Chora, Istanbul. 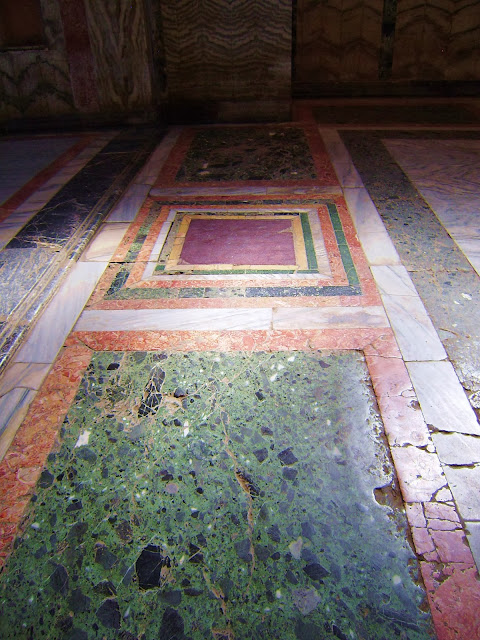 The earrings I show you today are visually inspired both by this so-symbolic colour (one of my favourites) and by another element, the typical early-byzantine impost-capital, open-work decorated with branches, leafs and rosettes. 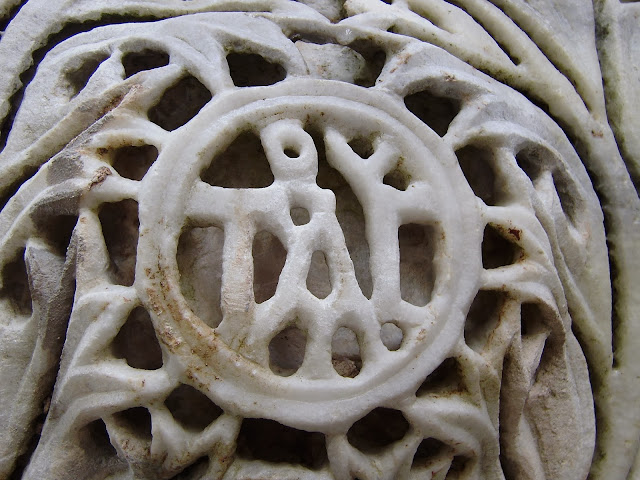 The design of my creation is conceived starting from the trapezoidal shape of a vegetal-decorated print, then strengthened and plasticized. 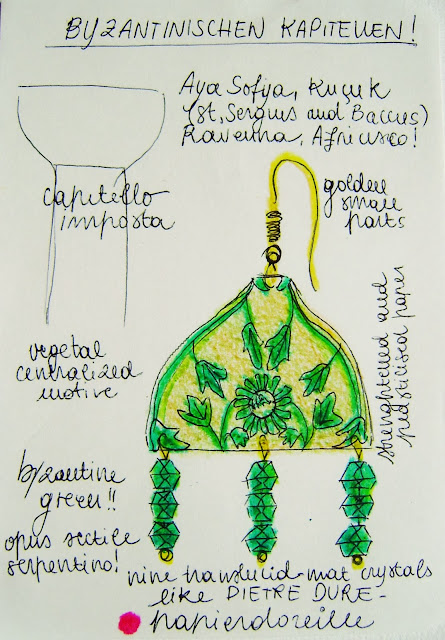 To the larger base I applied nine translucid emerald green glass-paste beads, following the ancient roman and byzantine taste, in jewellery production, for the so-called pendulia, particularly for earrings and necklaces. 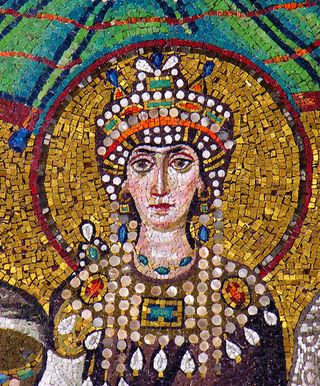 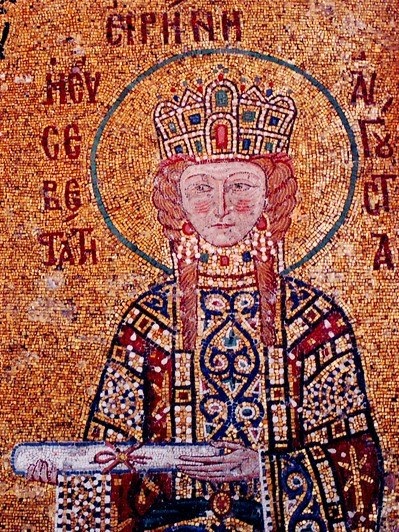 Enjoy papierdoreille’s creations and become a member of the byzantine court or even a porphyrogenita clicking here!!! 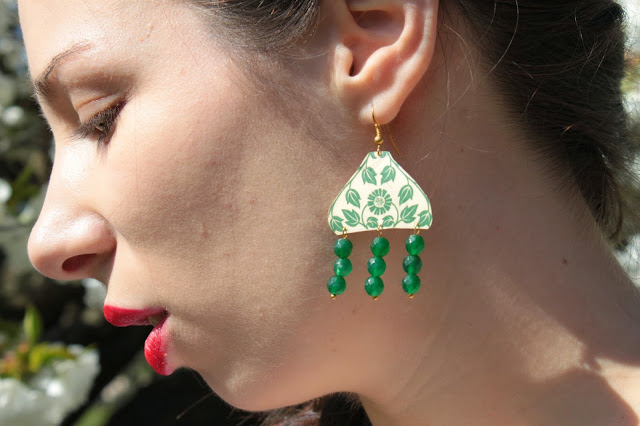 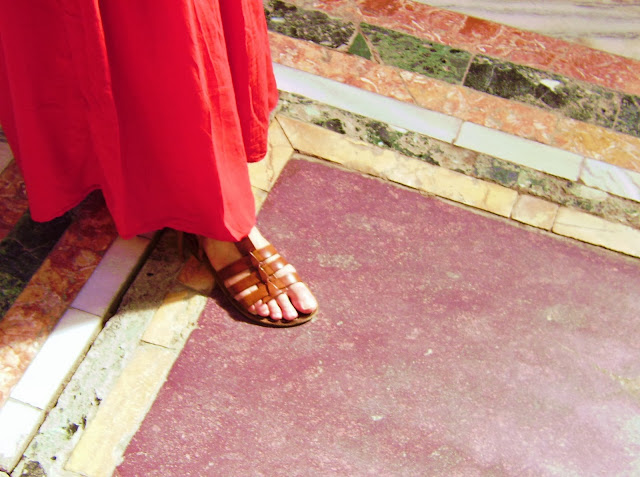